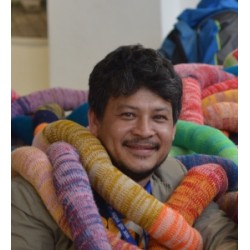 Manish Lal Shrestha is a multidimensional visual artist based in Kathmandu, Nepal. He has Bachelor Degree of Fine Arts from Sir J School of Fine Art, Mumbai in 2001. Shrestha started his own unique style in which he uses contemporary motifs since his early period. He is well received visual artist who led the postmodern movement of Nepal that was nascent in early 2000. He has had 19 solo exhibitions, several workshops and residencies internationally in Holland, Switzerland, France, Pakistan, Sri Lanka, India, USA, South Korea, Taiwan, China and Nepal. He was also part of Kathmandu Triennale 2017, Nepal, Busan Biennale Sea Art Festival 2019, South Korea, the 4th Today’s Documents 2019, A Stitch in Time, Today Art museum, Beijing China. He has several awards to his name including the National Fine Arts award (2011), from Nepal Academy of Fine Arts. He is also a visiting faculty at the Srijana College of Fine Arts, Nepal. In addition, he is founder Director/ Curator of the alternative art space as Gallery Mcube to practice a wide range of art activities. He curated several art events in Nepal and aboard including Himalayan Art Festival 2018, Nepal Art Council, National Exhibition of Fine Arts 2021 at NAFA, Nepal and also co-curated First Yanjiao Biennale 2020, China. He also curated international experimental video art project” Made in Mind series II” in 2019.

Manish Lal Shrestha is an energetic visual artist who through his versatile creative vision and inspiring works has been able to ascertain a personal space of his own in the contemporary art ambiance. Manish is a clear example that age is not a bar regarding the accomplishment of creative wisdom, for he, in a young age has achieved such art insight that amazes and captivates all. After his graduation from Sir J. J. School of art, Mumbai in 2001 AD, he deliberately represented modern motifs in his art works that set him as one of the pioneers to explore Postmodern Tendency in Nepal. The postmodern movement emerged in Nepali contemporary art scenario in 2000 A.D. Since then, he has time and again proved his prominent potential as a conceptual artist and created series of art works through his influential brush stroke, perceptive material selection and dominant ideas. Normally, he depicts Bells and Shells to represent positive vibration against bad energies in his art. And parallel to that, these powerful metaphors have worked pertinently in expressing his inner feeling in order to bring forth the current issues of Nepal. His art works are ideal paradigm that spread the sounds of hope, harmony, peace, intimacy and fraternity in people. His art is the comment on the ongoing global political turmoil, senseless violence, communal riots and brutal affairs and he further affirms that love, care and positive attitude are the constructive solution to these human agonies.

Manish Lal Shrestha states “life without sound is worthless” and this particular affirmation has become the primary aspect in his work. He commenced his initial exhibitions with unconventional theme, painting a series of works on sound (Sound of Hope, Sound of Silence, Sound of Intimacy, Sound of Wisdom etc.), and still the reverberation continues with great precision and clarity on his canvases. Manish Lal Shrestha creates seemingly tiny metaphors in his works that provide harmonious effect and eventually they shape up in speaking of the entire universe. Besides evoking the concept of the universe within us, these tiny metaphors also connect us to our long cultural heritage. Presently, he is pensively in search of privacy through his work and is eager to whisper silent conversation. These conversations question the self, and the self also functions as a listener to its own heartbeat and the flow of blood. This expands the idea of spiritualism and evokes a sense of meditation in his art works. Consequently, a huge face appears in his canvases that silently appeals in the senses of the onlooker. His continuous use of motifs such as “Circle” and the universal representation of “Bar Code” converse of the never ending process of life.

Manish Lal Shrestha is highly recognized as one of the influential artists of younger generation and thus he has been decorated with various awards from Nepal Association of Fine Arts. Several national and international solo exhibitions to his credit, his reputation are that of young creative genius. Despite a sad incident in Holland where his painting was stolen, his desire to generate optimistic energy through his art works successfully evolve in the ephemeral dimensions of nature. He fittingly deserved the solo exhibition in Switzerland and participation in major art events in Sri Lanka and Pakistan where he once again proved his creative elevation as always.

Because of his deep creative tranquil nature, he is constantly formulating new thoughts and setting high standards from every art that he creates. His works are the beautiful example of exceptional master pieces that comes out only from a Natural Artist. 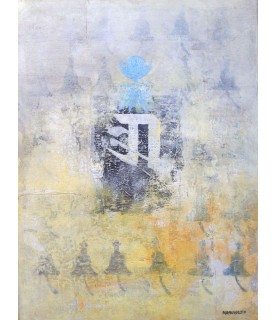 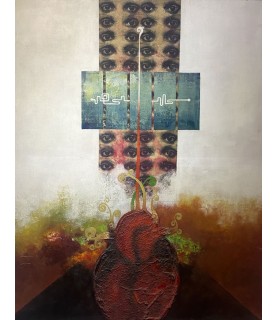 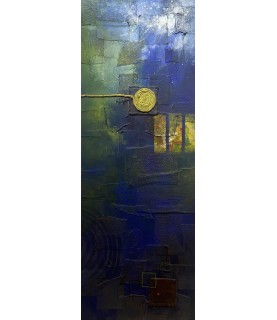 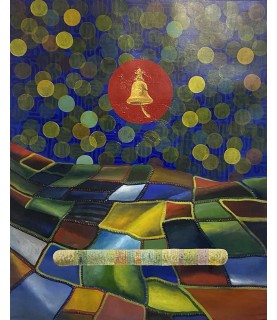 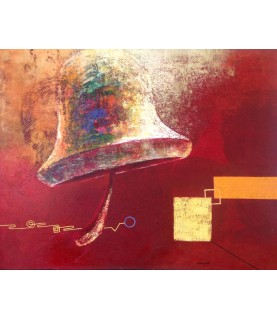 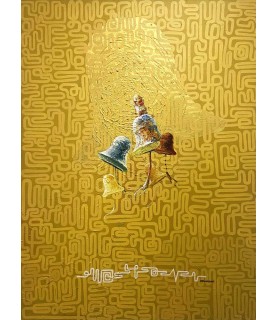